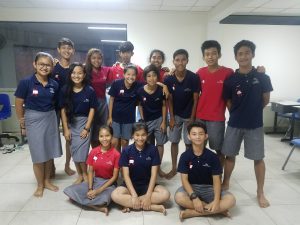 Do you know what is HIV or AIDS? Are they the same? Is it actually true people die from HIV? On the 28th of March, 2018, a group of students from one of our school explorations studies about HIV/AIDS hosted a workshop. The whole workshop was phenomenal and very informational. HIV and AIDS are common diseases in Cambodia with high population.  In 2016, about 71,000 Cambodians are living with HIV; About 1,800 to 2,900 people died annually from this virus. For the HIV treatment providing, only 57,000 Cambodians are on the treatment. It is major problem which devastates the entire nation and it is very important for all of us to improve the educational system in order to distribute the words to people since knowledge of HIV prevention among young people age 15-24 is only 39.6%.

I am very interested in this specific topic and happy that I could join the workshop because HIV and AIDS problems should be the topics that needed discussion from people the same as the other plights. After joining this workshop, I have learned and comprehend many aspects of the scientific side of the HIV/AIDs and the social perspectives on HIV/AIDS: stigmatization, stereotypes, and discrimination. Additionally, I have not learned HIV/AIDS expressly and this workshop was actually an amazing start for me.

The whole workshop was divided into four distinguished sessions. Each session was sharing a different topic that was related to HIV/AIDS. The first session was about the introduction of HIV and AIDS. So, HIV is standing for “Human Immunodeficiency Virus” and AID is standing for “Acquired Immune Deficiency Syndrome.” Both of them are totally a different thing. Many people have confused that HIV and AIDS are the same things, but they are not.  HIV is a virus which is an invader virus from the chimpanzees. In our immune system, there are T-helper cells. Its significant role is to alert all the other cells to fight the infectious bacteria or diseases. But what the HIV virus does is it infected us through our body then our cells. The HIV virus will replicate itself inside the cells and continuously attack the T-helper cells.  Therefore, our immune system will be weak. Consequently, there will be many collections of infectious diseases known as AIDs. This is meaning that “people do not die because of HIV, they die because of the diseases that enter the body because of AIDS”

In session two, I learned about HIV/AIDS-Related Stigma and Discrimination. The session began with questions for the brainstorming: What stigmas exist against people living with HIV/AIDS, Do you know anyone who is HIV-positive who has experienced stigmatization or discrimination, Where do these stigmas/stereotypes of people living with HIV come from? It was a fruitful discussion among all the participants. Stigma or discrimination against the people who have HIV or AIDS is actually issuing many adverse effects as the picture is shown below. 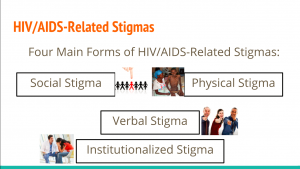 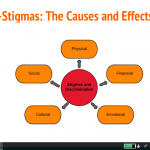 For the third and last sessions, I comprehend about the transmission/prevention and the treatment. People can be infected with HIV in a variety of situations. If you look at the picture down below, the main reason for receiving HIV is practicing an unprotected sexual intercourse along with the other corner reasons. Eventually, the person who is infected with HIV will have STI (Sexually Transmitted Infection) which is an infection passes through sexual contact, especially vaginal intercourse, anal/oral sex. With high chance, STI can develop to STD and it stands for “Sex Transmitted Disease.” The treatment for HIV patients is extremely complicated and challenging. There are 80% of people are living with HIV are on ART. ART is a treatment with the combination of different of ARVs (treatment that is used to reduce HIV in the body) that cease the replication of HIV. The treatment is divided into three lines.  In simple words, the HIV patients will start off with the first line treatment, but when the body starts to develop the resistance, it means that they have to continue to the second line treatments. As mentioned, taking HIV treatment is extremely difficult. There are HIV people who confront this challenge of not seeking for treatment for fear of discrimination from their families, friends, community, co-workers, bosses. Some people said, “I dare not go. I am too afraid.” 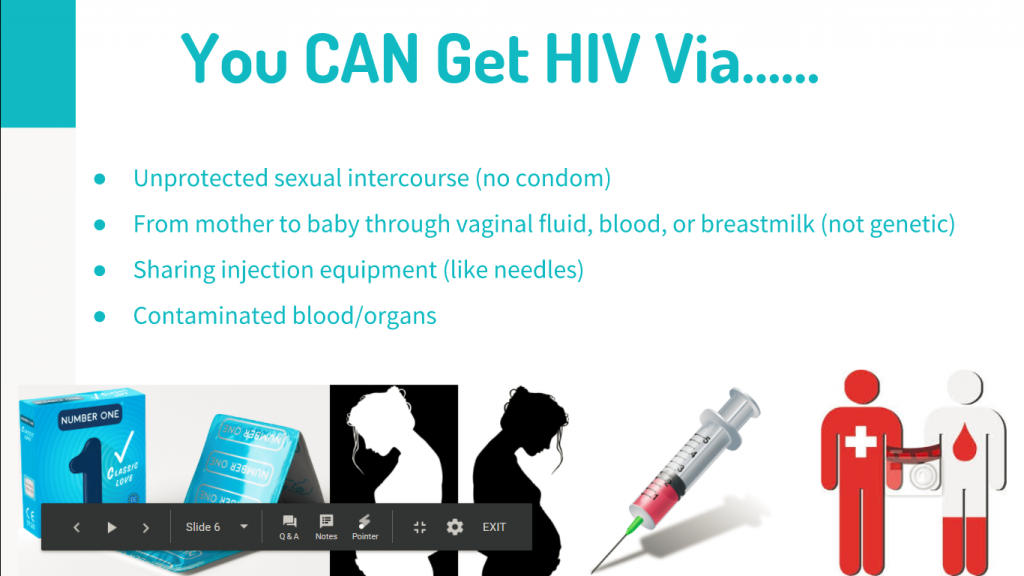 Overall, this workshop is incredible; it teaches many of us including myself. I have learned a lot than before and for sure, creating awareness and normalizing this problem are essential because most of the population has deemed people who have HIV/AIDS as weak characters with lack of abilities and capabilities in their entire lives. Therefore, it is the right time for me and you to start this adventure together in order to discredit all of those lies and educate people in order to prevent this struggle.