Khmer Rouge was the third round exploration of our fifth year. This was an exploration an exploration continuing in all rounds of the last year school schedule. Seriously, when I first entered the classroom, I was already feeling terrified of what I was going to learn. I knew that it was going to be hard and emotional to learn about all the tragic periods. The class was started with a small grouped projects, we were assigned with different tragic period of genocide. There were Armenian genocide, Bosnian genocide, Holocaust, and Rwandan genocide. The genocide that was stood out for my me the most was Rwandan genocide because of the reason that this genocide last only 100 days. 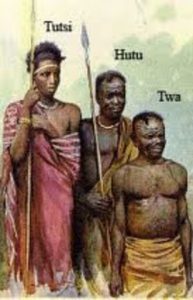 Besides learning about other genocides, we also learned about our genocide. Cambodia had also met a tragic period that was last a little bit over than three years. Indescribable is always the word I like to describe this depressed situation. Many citizen were killed by those cruel leaders who never had mercy on people. Anger is also encompassing this genocide; Cambodians lost their beloved people including family, relatives, and friends. Moreover, they lost their possession of the properties such as: house, land, money, etc. This is a serious anger that leaking out of all the victims.

Historically, Cambodia was one the great country in Asia; I can’t imagine how remarkable Cambodia was. Our country had lead by many kings and queens, and the period that stood out the most was Angkor Empire. It was the time of period where Cambodia enlarged its own territory throughout Southeast Asia. Laos, Thailand, part of Vietnam were also our territory. The king, Jayavarman the seven, was leading his country and citizens to the glorious life which I couldn’t imagine. Personally, I would love to invent a time machine which I can travel to that time of period. I would love to see view of the social structure, art system, and government structure. Art was a strong foundation of building up this period because there were many temples that full with carvings.

In this exploration also, we went to two locations that are related to the theme of Khmer Rouge genocide which were the killing field and S21. There was ton of killing fields spread out through Cambodian land. It was where they killed and tortured the people. In each killing field, there were also a lot of digged pits for throwing the killed people. It was my first time visited there to study my nation’s history. I felt really uncomfortable, pitty, hard for those victims and killed people there. I couldn’t express my emotion, but it was extremely hard to take all the information from there. There were skulls, clothes, bones, weapons, digged holes, and many more. After the visit, I felt terrified, dizzy, and emotional.

On the last week of this exploration, we were preparing the products. There were audio tour, poems, songs, posters, and skit. Seriously, when we did our skit our the audience, many emotions clearly displayed in their face; tears were coming down continuously. We knew that we couldn’t travel back to fix all those problem, but it’s our duty to educate the citizens in this country to learn and understand the negative impacts had affected us in this present day. My advice to every nation to study hard about your own history and take those information as your lesson which we can avoid or follow in order to develop the country.

Here are the documentary that we published: