After taking a start off with this project in the first round, my partner and I were starting to feel that we received a lot of background information. We decided to put all of our plans and ideas into action. Personally, I couldn’t wait to see this project keeps growing in the future. We set the main goal which was writing a final report where we could present to the public. In the process of writing up this report, Soliday and I threw the idea of deploying our own artificial reef. We were struggling at the beginning of where we should deploy the artificial reef, and who we should contact with. It was a hard time for both of us.

Later on, we decided that we could deploy the artificial reef on the island, Koh Seh. Half of this island is owned by the MCC as known as Marine Conservation in Cambodia, and another half is owned by the government. Liger had been working and collaborating with MCC on many different projects. There were Marine Conservation and Climate Change Submit. Soliday and I were extremely happy; I started to design our first artificial reef. As I started, I sketched out many designs by using techniques from the engineering class. Out of all the designs, we chose one, and it will be in cubic form. 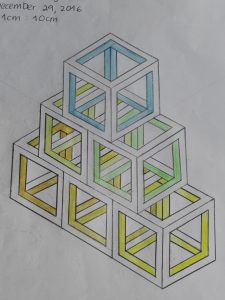 Unluckily, the product didn’t match with the drawing. There was a misunderstanding between us and the constructor, instead of making cubes, we were making blocks. Therefore, it was a bad situation, but we tried to reuse those blocks and formed it by stacking on each other. Soliday and I still kept the idea of the cubes for another time. We didn’t realize that our mistake led us to the new discovery which was reusing the blocks and making it to different things. It was actually a bonus for us. The artificial reef got deployed by Soliday with her exploration teammates; sadly, I wasn’t there with the team. After finishing the big part of our project, we still needed to wait for the result.

We are still working, and we are still keeping the idea that didn’t make out for us. In my mind, I wanted to see many organisms living in the new home, including vertebrates, and invertebrates. In addition, we still need to accomplish our goal: writing the report. There were a lot of information and research papers we had that we needed to gather. To be honest, writing a report is really difficult for me, but it was also important to me and Soliday. The reason was that we wanted to share this report with our school director, conservation teams around Cambodia, and mainly, Cambodians including youths and elders. After all, I had a remarkable time and fun time to be a part of this project. It was nearly a year we had been working and researching on it. It was also a privilege for both of us to help and take care the marine lives and ocean in Cambodia. 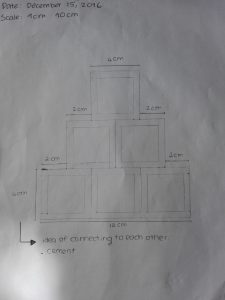 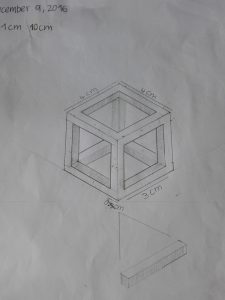